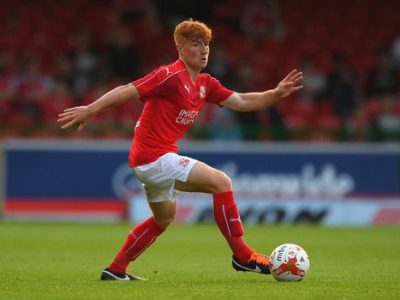 Swindon Town midfielder Tom Smith has joined City on a one month loan deal. The 19-year old has made 16 first team appearances for the Robins and spent time on loan with League of Ireland 1st Division side Waterford last season. He will be available for City’s FA Cup tie at home to Chelmsford City on Saturday.

The highly-rated midfielder was handed his first professional contract in the summer of 2014, going on to make his first-team Swindon debut away at Preston North End in 2015, and opening his goal-scoring account for the club against Crewe Alexandra in September 2015. Smith featured twelve times for the Robins last term while he spent a short spell on loan with League of Ireland First Division outfit, Waterford, scoring once in ten outings.