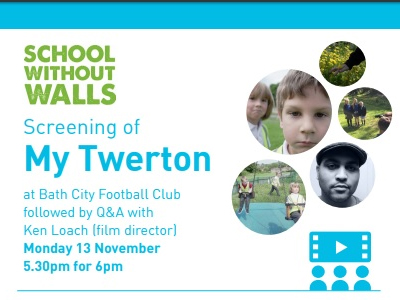 Twerton Park will be playing host to children and teachers from local schools at a ‘My Twerton’ event on Monday 13th November.

Students and staff from Twerton Infants and St Michael’s Junior School have collaborated with Michael Jenkins of 8th Sense Media to produce a film that shares their experiences of living in and around Twerton.

We are delighted to be offering the Club as a space from which to screen the film and to give those involved the opportunity to share their work publicly with family, friends and neighbours.