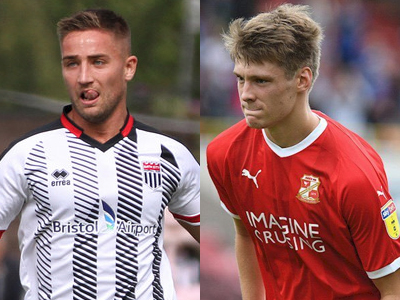 Dan Ball is joining Tiverton Town on a one month loan. Dan has been unfortunate not to have been involved more this season and suffered a shoulder injury when he was called upon as a substitute in mid-August. Having had an operation on his shoulder in November, Dan is now ready to gain valuable game time for Tivvy.

With Dan going temporarily and a few injuries picked up against Torquay, Jerry has recruited a young centre half from Swindon Town, the aptly named Joe Romanski, who will be with us until the end of the season. Joe who is 19 in February has made three first team starts and one substitute appearance for Swindon’s first team since signing his first professional contract in May 2018. We welcome him to Twerton Park.