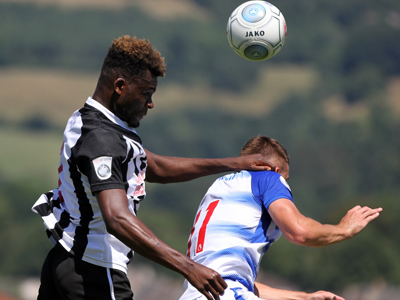 The Club is pleased to announce the signing of 21-year old defender, Michee Efete, on loan from Maidstone United until early January 2019.

Jerry Gill has known Michee since he was 16 and in Norwich City’s Academy. He trained with us during pre-season and did well, so when he became available Jerry moved quickly to sign him and is looking forward to working with him again.

Michee will train with the squad tonight and is available for Saturday’s FA Cup tie at home to Lewes.