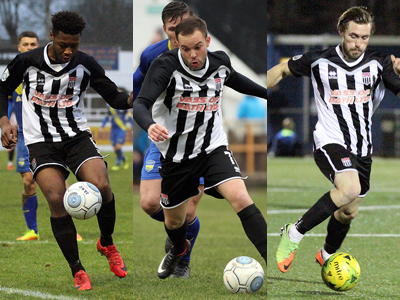 An update on the player loan front:

Unfortunately, Ross Stearn has been recalled by Sutton Utd from the second month of his loan spell with the Club. We thank Ross for his short return to City colours and wish him well for the future.

Also leaving us for a one month loan is George Rigg, who has been signed by Martyn Rogers at Tiverton Town to obtain some valuable game time.

Antoine Semenyo’s loan from Bristol City expired after last Saturday’s match and we have extended his loan for a further two months being the maximum period permitted.