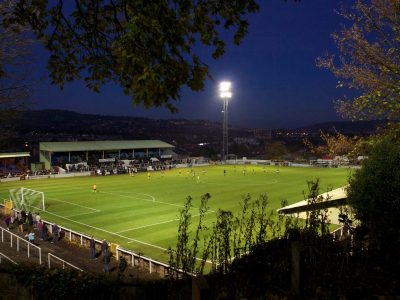 If you’re like us and dreading the thought of traipsing through overcrowded shops this December to find nowhere has that vital last present left in stock that you just have to get for Gran, then consider this.

Why not combine a trip to Bath’s vast array of shops with a visit to the annual and highly acclaimed Bath Christmas market and a National League South match down at Twerton Park?

Match tickets can be brought on the gate and kick-off is at 3pm. See you there!