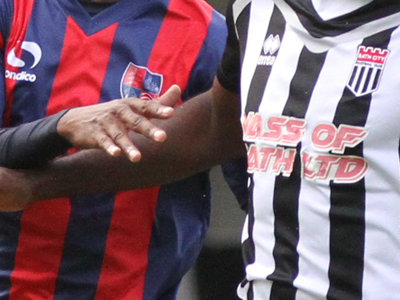 Having broken Concord’s 13-match unbeaten run in our last home outing, City take on an even bigger challenge against high-flying Hampton & Richmond this weekend. The second placed Beavers arrive at Twerton Park on the back of a 21-match unbeaten run, stretching all the way back to Saturday 26th August.

Managed by 47 year old Geordie Alan Dowson, who’s assisted by TV’s Martin Tyler, Hampton sit in second place with 50 points, just three behind leaders Dartford and with a game in hand. Following a slow start to the season which saw five points from the first three games followed by three defeats, a win at Welling United on August Bank Holiday was the start of this incredible run. The Beavers went on to record ten wins on the bounce from mid-October to mid-December.

Having gained promotion from the Ryman League as Champions in 2015-2016, the side whose ground is just a mile from Hampton Court, finished in 6th place last season. When we visited back in October, City lost 3-1 after taking an early lead through Marvin Morgan, while in the corresponding home fixture last January, honours were even after Jack Batten opened the scoring in an eventual 1-1 draw. Let’s hope we can go one better this Saturday.