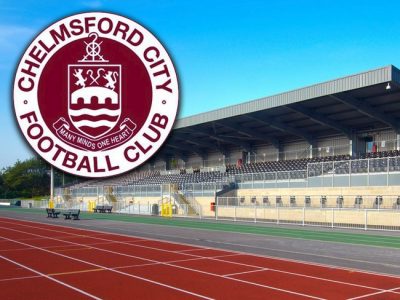 The Romans head to Essex on Saturday where they take on Chelmsford City in the Vanarama National League South. Kick off – 3pm at the Melbourne Stadium!

City face familiar foes Chelmsford City on Saturday hoping to put the late defeat at Slough behind them and pick up points in Essex.

The Clarets currently sit in 14th place with two wins and a draw at home, but three defeats and a draw away. Last August City fell to a 1-0 defeat at the Melbourne Stadium, but secured a comfortable win at Twerton Park in December, with Tom Smith sealing the victory.

Coach details 🚌: Unfortunately the Bath City Supporters Club will not be running an official coach to Chelmsford, however an independent smaller coach is being organised by Martin Brush for this fixture. Contact Martin for full details: 07881728689

On the day prices –