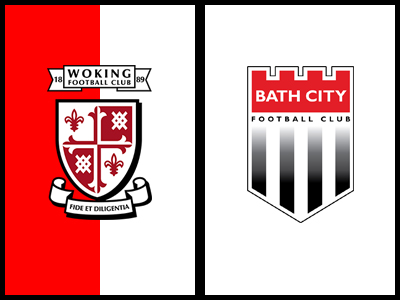 The Romans travel to The Laithwaite Community Stadium this Saturday where they take on third place Woking FC in the Vanarama National League South!

After last weekend’s exit in the Emirates FA Cup, Jerry Gill’s men will be looking to dust themselves down and get back to winning ways against high-flying Woking!

The Cardinals were relegated from the National League last season after a six season spell at the top of the non-league pyramid. Despite a good FA Cup run, the Surrey club culminated just three league wins between October 2017 and April 2018 and subsequently dropped into the National League South on the final day of the season. Former Hampton & Richmond Manager Alan Dowson has steadied the ship since his arrival in the summer and his side haven’t left the top 3 since the opening day of the season.

It’s time to turn our attention to our league campaign! The Romans are flying high and need your support. Hit the road and get behind the City!