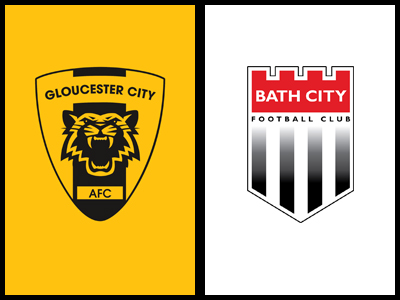 After last weekend’s dramatic win over the league leaders, City now travel north to Evesham where they take on old foes Gloucester City in a West Country Derby. Kick off – 3pm at the Jubilee Stadium!

Jerry Gill’s side produced a stunning comeback against Torquay United last Saturday which extended their unbeaten run to eight games – a run that has no doubt turned the heads of fellow play-off hopefuls. The Romans have picked up an impressive twenty points out of a possible twenty-four and they’ll be eager to take three more when they take on The Tigers on Saturday.

Gloucester City, who currently play at Evesham United, have had a troubled campaign so far. Two managerial departures since September and a lack of goals (18 in 26 league games) has seen our West Country rivals drop to 20th in the table. Recent progress suggests there may well be light at the end of the tunnel though. The Tigers announced Mike Cook as the new manager in early January and his influence has already paid dividends. A point against relegation rivals Hungerford Town and a win against Oxford City (their first since September) has seen them edge closer to safety and they’ll be keen to push on further on Saturday.

Safe journey to all fans making the trip, we’ll see you on the terraces!

Getting to the Jubilee Stadium📍– http://www.gloucestercityafc.com/directions/