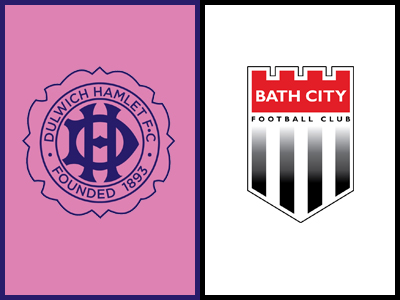 The Romans exit the busy festive period with an impressive 10 points from 12 and have climbed from 8th to 5th in that time. A congested play-off race means that points are precious and City will be aiming to leave the capital with all three.

The Hamlet’s success so far this season has mainly been off the pitch in what is their maiden outing in the National League South. The South London club have finally moved back to Champion Hill (their home of 106 years) after an 8 month exile due to a long dispute with developers. On the pitch, Gavin Rose’s side haven’t quite lived up to early expectations and have since dropped from as high as 12th to 17th, just 3 spots away from a relegation battle.

Although they sit at the wrong end of the table, the gaffer is expecting a tough test at the weekend🎙 – ‘I actually think they [Dulwich] have been one of the better sides we’ve played. They’re very athletic and I think they move the ball really well. I know Gavin quite well so I know how he likes to do things and they’ve recently moved back home so it’ll be a big crowd. We have to be ready, you get nothing given to you in football and we will have to do things the right way. The boys will be ready on Saturday and lets try and get another three points on the board.’

We look forward to seeing you all on the terraces!

Ticket information🎫: Buy your tickets online here: https://www.seetickets.com/promoter/dulwich-hamlet-f-c-/2231 There will be a limited number of tickets available at the ground.