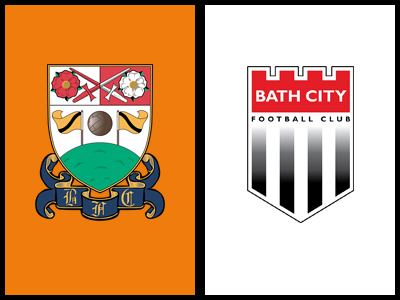 Our Vanarama National League South campaign is put on ice this weekend as The Romans head to Barnet Football Club in an FA Trophy First Round tie! Kick off – 3pm at The Hive Stadium.

City booked a place in the first round after overcoming a tricky test in the previous round. Goals from Jack Batten and Sean Rigg helped seal a 2-1 win over Horsham on a bitterly cold afternoon in West Sussex. Jerry Gill and his side now face National League opposition in Barnet and will be looking to cause an upset against a side who were relegated from League Two last season.

Barnet were an established Non-League side up until 1991 when they first got promoted to the Football League. Since then the North London club have yo-yoed between the fourth division and the football conference and have also recently moved from Underhill to The Hive Stadium – a stadium which was originally being built for our VNLS rivals Wealdstone! John Still’s men currently sit in 15th place in the National League and have a home form of won 3, drawn 3 and lost 5. Midfielder Wesley Fonguck leads the club’s scoring charts with 6 goals to his name so far this season.

Can City cause an upset in North London? Hit the road with The Romans and get behind the boys!

Coach travel🚌: There will be a large coach travelling to The Hive Stadium! Book ASAP! https://bathcityfcsc.com/upcoming-trips/

Getting to The Hive Stadium📍: https://www.barnetfc.com/club/getting-here/