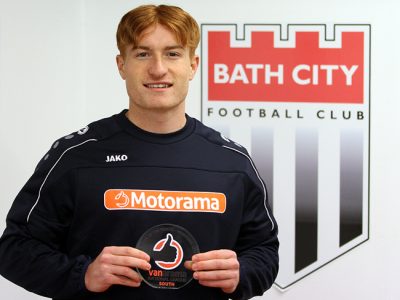 Christmas came early for Bath City last month. After shaking off a couple of tricky months, the Romans finally hit their stride.

Now top of the form table and eyeing up a promotion place, one shining light has emerged at Twerton Park.

Midfielder Tom Smith has more than had his say in proceedings recently, notching four goals as his side claimed wins over Concord Rangers and Dulwich Hamlet.

He also scored the winner against Dartford, that after he helped book his team’s place in the FA Trophy First Round, becoming the first Romans player to score in four different competitions before Christmas since Dave Gilroy over a decade ago.

Jerry Gill said they were going to give it a good go this season. And with the likes of Smith on board, who can deny them?