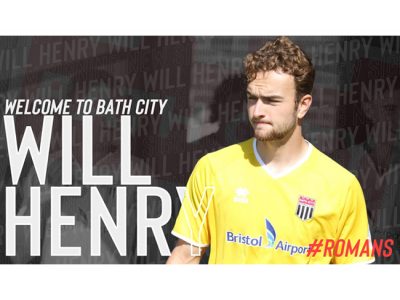 We are pleased to announce the signing of 22-year old goalkeeper, Will Henry. Will came into the Club during training for the play-offs and worked with Ryan and Harvey leading up to the Dorking match. He returned for pre-season and has featured in both of our friendlies.

Will comes with the experience of having played in the EFL for Swindon at a young age and more recently on loan at National League South level.

Jerry was keen to bring Will into the squad and said ”In signing Will, we have a goalkeeper of high level quality competing for the starting jersey.”

Both goalkeepers will work under the guidance of an experienced goalkeeping coach soon to be announced.