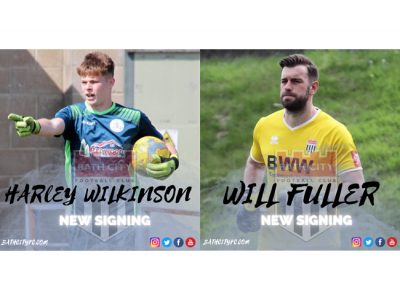 We are pleased to announce the signing of two goalkeepers.

Will Fuller joins us from Cardiff Met, having playing over 250 games in the Welsh Premier League and with Europa League experience. Will is 27, an UEFA B qualified coach, and has featured in several of our pre-season matches.

Harley Wilkinson is 18 and has played at a young age in the Western League for Wells City and Clevedon Town. Most recently, Harley was selected for the English Colleges National team. He will train with us but will be on a season long loan at Clevedon Town to further enhance his development.

We welcome both Will and Harley to the Club.