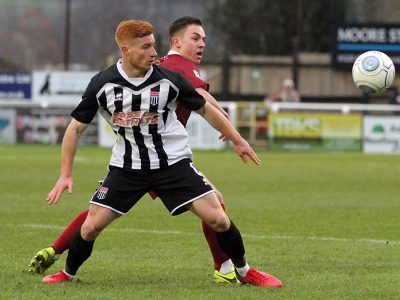 In another busy week at Twerton Park, we are pleased to announce three signings.

Both Tom Smith and James Morton have signed on loan until the end of the season. Tom has returned twice to Swindon Town after successful periods at the Club and Jerry was determined to try and bring him back for a longer stay. James had to wait for a run in the side, but with his loan expiring last weekend he took his chance when called upon and has been excellent in the last two games.

Joining them is 18 year old Antoine Semenyo, a striker from Bristol City, who has made an impact since signing for them last September and has scored regularly in their U18’s.

We look forward to seeing all three in action and thank Bristol City and Swindon Town for their assistance in making these signings possible.