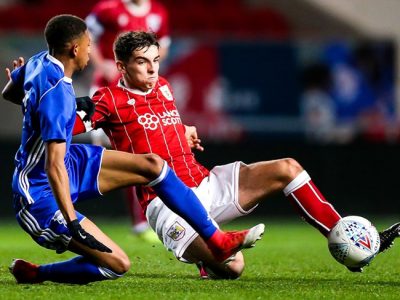 Ollie Kensdale was recalled by Colchester United in advance of the Christmas games and was in the first team squad for both of Colchester’s festive matches, making an appearance from the bench in the 2-2 draw with Exeter City on 29 December. We thank Ollie and Colchester for his time with us, trust that we have played a part in his development, and wish him well in his future career.

Also recalled from his loan is Alex Hartridge to be involved in Exeter City’s first team fixture this weekend. This is testament to Alex’s excellent performances in a Bath City shirt and Jerry has been in discussions for Alex to return to us for the rest of the season.

A new loan signing is Zac Smith who joins us on a youth loan from Bristol City until the end of the season. Midfielder Zac is 19 and has been on loan at Taunton Town since August 2019. We welcome Zac to Twerton Park.

Further discussions are ongoing regarding our loan players and news will follow in due course.