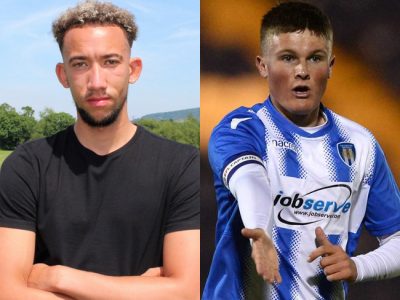 We are pleased to announce that we have signed Dan Bowry, a 21 year old defender from Cheltenham Town, on a one month loan. Dan, who joined Cheltenham in the summer from Charlton Athletic, is an Antigua & Barbuda international, who has just returned from playing two matches against Guyana in the CONCACAF Nations League.

Following on from last week’s signing from Colchester United, we have agreed a one month loan for their attacking midfielder, Noah Chilvers. Although Noah is only 18, he has made several appearances for their first team and scored the winning penalty in Colchester’s win at Crystal Palace in their Carabao tie in August.

We welcome both Dan and Noah to the Club.