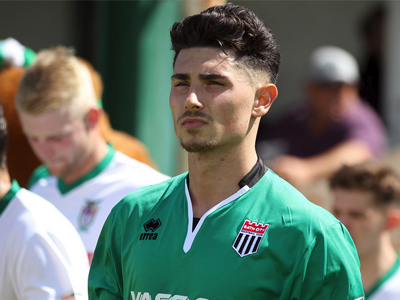 The club is pleased to confirm that Reading have agreed to extend Luke Southwood’s until the end of the current season. Discussions have been ongoing for some time, Luke was keen to stay and Reading have been pleased with his development. We thank them for their assistance.

Meanwhile both Opi Edwards and Isaac Pearce have returned from their loans to Bristol City & Fulham respectively. Opi has been recalled early from his loan having impressed his coaches during his time at Twerton Park while Isaac’s loan has expired. We wish both players all the best for the future.

And following the late postponement of Monday’s match at Weston Super Mare the game has been rescheduled for Tuesday 30 January (ko 7.45pm).