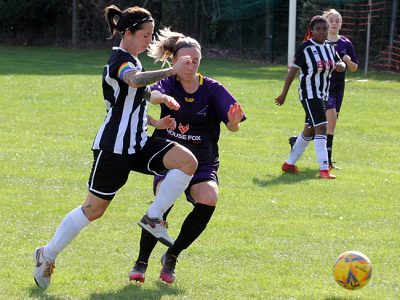 Bath City Women were denied a first victory of the season by a controversial late equaliser against Woodspring Women on Sunday. They had led as early as the ninth minute when captain Tara Taylor fired home from eight yards out. The home side improved after the break but it looked like City would hold on for the win. However, with nine minutes left keeper Ali Diegutis was adjudged to have handled outside her box and from the resultant free-kick Shortman headed home an equaliser for Woodspring. You can read a full match report here.