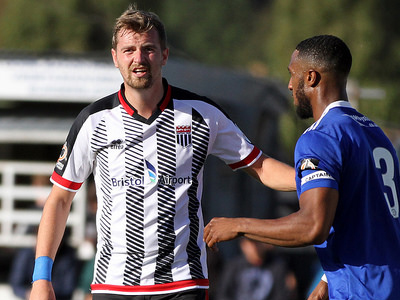 The club has agree to loan striker John Mills to Banbury United until January 2019.

Manager Jerry Gill said’ “After an enquiry form Banbury United, myself and John discussed the opportunity for him to go out on loan to a level of football he knows well and has been successful in. Along with being able to get guaranteed 90 minute football and help develop his match fitness, I am sure he will get back into goal scoring form which will enhance his confidence levels further. John is very much still a Bath City player but together we felt it is the right thing for John himself at this present time. Banbury is close to his home and there are players there he already knows, which will help him settle in quickly. I have a really good relationship with Mike Ford (Banbury manager) he is someone I have known for many years. I trust Mike in helping John with his football at a club I know he will be looked after in the right way.”

We look forward to welcoming John back to Bath City in the new year.