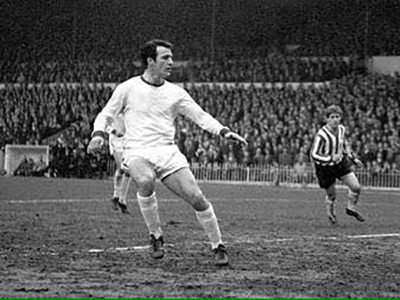 The club are very sad to hear that former player and commercial manager Alan Skirton has passed away aged 80.

The Bath-born winger began his football career with West Twerton Youth club, then after a short spell at Bristol City, joined City for the 1956-57 season. Alan was initially a regular in the Colts and Reserves side, before making his first team debut in the 1-0 win over Dartford in October 1956, signing professional forms a month later. His performances were soon attracting scouts from around the league, including Newcastle, Chelsea and Arsenal, and it was the latter who made a bid of around £5000 to sign him on 1 January 1959. Illness delayed his debut for 18 months but he would spent seven seasons at Highbury before playing for Blackpool, Bristol City and Torquay United. Returned to non-league football with Weymouth in the early 1970’s – after a short spell in South Africa with Durban City – and re-joined City for the 1974-75 season, combining playing with work in the club’s commercial department then as youth team manager. In total he played 144 games for the club, scoring 44 goals, and after finishing his playing days at Melksham Town he enjoyed a long and successful commercial career, initially with City, then for over 20 years at Yeovil Town, where he was a vital part of their rise to the Football League.

The thoughts of all connected with City are with Alan’s family and friends at this time.