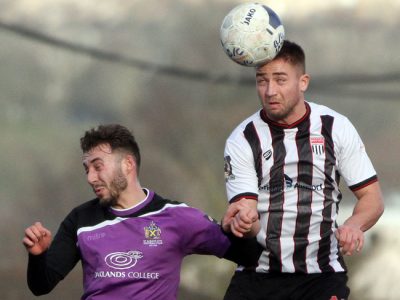 City slumped to a desperately disappointing 3-0 defeat this afternoon at Twerton Park against struggling St Albans City. Although the visitors came into the game just one point and one place above the Vanarama National League South relegation zone they fully deserved their victory over a City side that showed few glimpses of the form that had put them firmly in the play-off positions. Twice in the opening stages Ryan Brunt directed headers off target before City had an escape on ten minutes when Banton rounded Ryan Clarke but somehow a combination of Dan Ball and the post kept his shot out. However, ten minutes later the Saints went ahead through Nwabuokei‘s well-placed shot from the edge of the box. Adam Mann’s effort from a similar range flew narrowly wide just past the half-hour mark before Iaciofano managed to hold off three City defenders as he carried the ball from the halfway-line and lift the ball home via the post. Frankie Artus headed another chance wide late in the half and then a shot from Connor Riley-Lowe was comfortable saved by Snedker ten minutes after the interval. Increasingly the Saints were comfortably dealing with City’s attacking efforts and looking a greater threat on the break. So it was no real surprise when they secured the victory with a third goal on 71 minutes, Banton curling home a 20-yard shot.