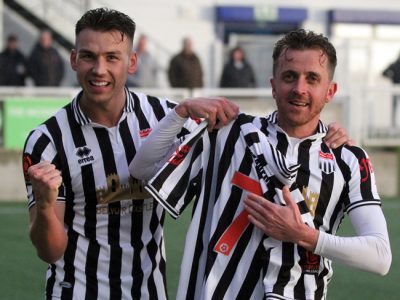 City returned to the pitch this afternoon for the first time since Alex Fletcher’s dreadful injury and produced a great performance to overcome Billericay Town 3-1 at the New Lodge in the FA Trophy 2nd Round. They got off to a great start when a 16th minute corner was only cleared as far as Elliott Frear 25 yards out and he fired a shot past Seadon into the roof of the net. The Pitching In Isthmian League side responded well to this setback and Ryan Clarke had to be at his best to keep out efforts from Jeffrey, twice, and Ebuzoeme, whilst Frear and Luke Spokes went close to increasing City’s lead before the interval. However, within three minutes of the restart City struck again when Dan Hayfield’s deflected shot wrongfooted Seadon. The home side pulled a goal back eight minutes later, the impressive Ufuah cutting inside and beating Clarke at his near post. They pressed forward after this but with 13 minutes City made it 3-1 when Spoke’s 20-yard effort found the net via the underside of the crossbar. This ended Ricay’s resistance and secured City a place in Tuesday’s 3rd Round draw.