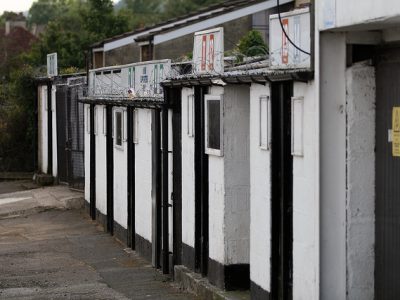 With football firmly back on the front and back pages Bath City has announced across the board low prices for its upcoming series of friendly fixtures. Local and visiting fans alike will be able to see quality football in a welcoming environment for just £8 for Adults, £5 Concessions and £1 for Under-16s.

The Romans have lined up an appetising set of fixtures to bed in new players and trial potential new stars ahead of the season opener in early August. Plus, with the exciting signing of striker John Mills, this will be the first chance for fans to see him in our colours!

The series of home games kicks of with Reading U23s on 7th July followed by Bristol City U23s the following Saturday 14th July. We have strong ties with both teams and the City faithful can expect to see one or two familiar faces who appeared in the black and white stripes last season, as well as scouting more future talent. The following week, beaten League Two Play-Off finalists Exeter City head to Twerton Park for an attractive 7pm kick-off on Tuesday 17th July before the fixtures are rounded off with the return of former tenants and good friends Bristol Rovers XI on Saturday 21st July.

City Marketing Director, Jon Bickley, explained the low pricing: “We just want as many people as possible to try out the Bath City experience and see why nearly 3,000 more people came to our home games last season compared with the year before. £8 for Adults, £5 Concessions and ‘kid for a quid’ or £15 for a whole family means we’re a really affordable option for everyone to try a fun new afternoon or evening out. Plus it means we can reward our own loyal supporters and visiting fans with an easy-on-the-wallet price.”

The home friendlies programme in full: