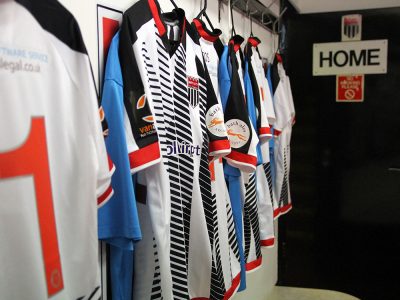 City made it six pre-season wins out of seven in their penultimate outing at Evesham United this evening thanks to second half goals from Dan Ball and John Mills. In an even first half City came the closest to breaking the deadlock on the half-hour mark when home keeper Rivers reacted brilliantly to turn Joe Raynes’ shot over the bar. Eleven minutes after the break though he could only parry a Ross Stearn free-kick and Ball reacted quickest to slot the ball home. Ryan Clarke saved well from Simpson on 65 minutes and ten minutes later the win was secured when Mills netted his fourth goal in three games with a great curling shot from the edge of the box.