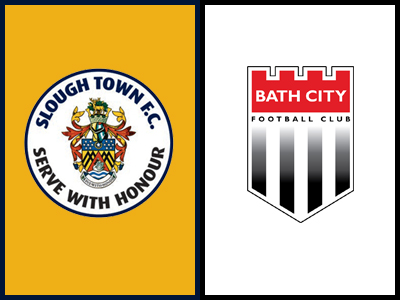 The Romans travel down the M4 once more tomorrow as they take on Slough Town in the Vanarama National League South. Kick off – 7:45pm at Arbour Park!

A fine run of festive form has catapulted City up the table and Jerry Gill’s side now travel to Berkshire knowing that a win against The Rebels will see them rise to third.

The Rebels have adjusted well to life in the National League South after gaining promotion from the Southern League via the play-offs last year. Long-standing management duo Neil Baker and Jon Underwood have stuck with most of the squad which saw them promoted and it seems to have paid off with the Berkshire club currently sitting in 11th place. Although Slough ended 2018 on a high with nine points from their final three games, the start to 2019 hasn’t been quite so fruitful after falling to defeats against Wealdstone and Torquay respectively. Jerry Gill will no doubt be looking to add to their New Year woes!

Safe travels to all Romans making the journey on the night!

Coach details🚌 – There is no Supporters Club coach for this fixture, but Martin ‘Basil’ Brush has organised a smaller, unofficial vehicle for the trip. Book ASAP! More info: https://bathcityfcsc.com/upcoming-trips/

Getting to Arbour Park 📍: http://www.sloughtownfc.net/how-to-find-us