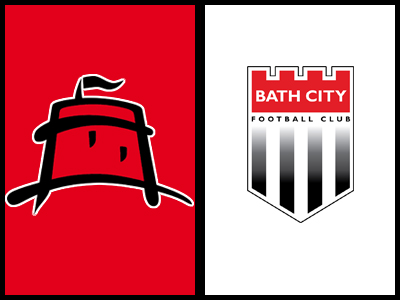 The Romans make the three hundred mile round trip to East Sussex on Saturday where they take on Eastbourne Borough in the Vanarama National League South. Kick off – 3PM at Priory Lane!

‘The Sports’ are Saturday’s opponents and they’ll be wanting to take all three points for themselves as they look to ease relegation fears.

Eastbourne currently occupy 17th position in the Vanarama National League South – just six points above the relegation zone. The south coast club had an impressive start to the 2018/19 season and were among the early pacesetters thanks to a six game unbeaten run but since then, they’ve gradually descended down the league table. The Sports have won just three league games since the reverse fixture back in November; form which led to manager Jamie Howell’s departure in February. It’s now the job of former Brighton Hove Albion and Leicester boss, Mark McGhee to turn their fortunes around and push them further up the table.

Games at Priory Lane tend to be a tight and blustery affair but Jerry Gill and his players go into the game unbeaten on 3G this season and they’ll be determined to take all three points back to Somerset! Safe journey to all City fans making the long trip to East Sussex this weekend – ‘Come on you Stripes!’

Getting to Priory Lane📍: http://www.ebfc.co.uk/a/priory-lane-directions-18533.html