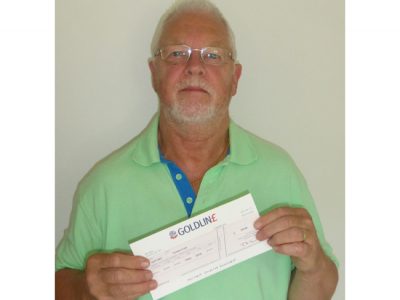 Another lucky City fan picked up one of the top prizes in the Week 16 Goldline Draw, Terry Cook landing £250. This is Terry’s second big win, having also won £250 back in April. As a City exile Terry will now be purchasing a season ticket for next season with his winnings and hopes to visit Twerton Park a few times during the forthcoming campaign.