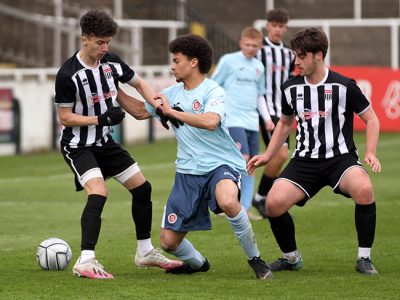 City’s U18 Academy side returned to action at Twerton Park this morning with a 2-0 win over Champion Sports Academy. They got off to the perfect start when Connor Westerside steered Alfie Andrews’ cross into the roof of the net with just five minutes on the clock. Although Billy Clark’s side enjoyed the majority of possession after this they were denied any further clear chances during the first half. Into the second period City began to look more threatening going forward but it wasn’t until 12 minutes from time that they doubled their lead, Leo Eglin netting from the penalty spot after Williamson had been bundled over in the box.

You can view pictures from the game here.