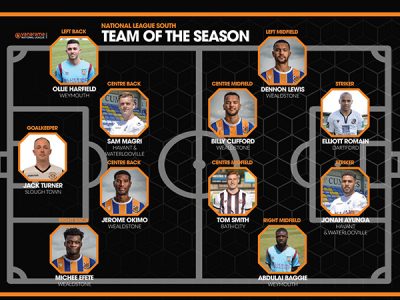 Following on from being named as Vanarama National League Player of the Season earlier this week, City midfielder Tom Smith has been included in the Vanarama National League South Team of the Year, following its announcement ahead of yesterday’s play-off final. Once again, congratulations to Tom from all at the club. The full team can be seen below.