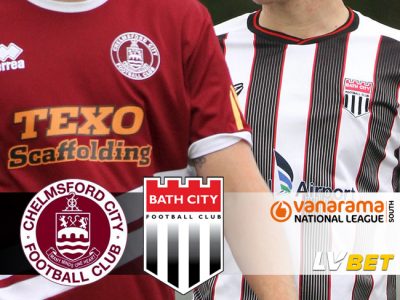 City head over to Essex again this Saturday for the first of two encounters with The Clarets in four days. Chelmsford City currently sit in 15th place with nine points from 10 games, three points ahead of The Romans from one less game. We suffered an early season 1-0 away defeat last campaign, but were unable to exact revenge with the home fixture falling foul of the season curtailment.

What – Chelmsford City v Bath City
Where – Melbourne Park
When – 3pm, Saturday 5th December
How to watch – Away fans not permitted to attend matches – Live Stream for £9.99
How to listen – Bath City Internet Radio will be on air from 2.30pm with full commentary on the game