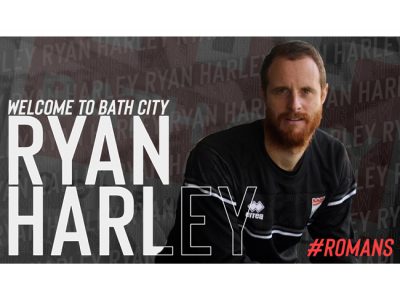 Following on from the yesterday’s news that manager Jerry Gill has signed a new contract to keep him at Twerton Park until 2022, we are pleased to announce a fourth new signing with the arrival of midfielder Ryan Harley. The vastly experienced Bristol-born player has made approaching 350 Football League appearances, scoring over 60 goals, with spells at Exeter City, Brighton & Hove Albion and Swindon Town. The last two seasons has seen Ryan play for Milton Keynes Dons, where he also increasingly undertook a coaching role for the League 2 side.

Jerry commented, “Ryan is a great signing for us in so many ways. He comes with a wealth of experience at Championship and all levels of the EFL . A high-level technical player with superb fitness. The fact he is Bristol based means we have a strong core of local players in our squad now. He is a model professional that will help as an example with the learning and development of the younger players in our squad.”