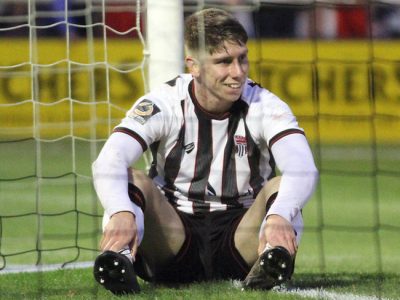 We are pleased to announce that Exeter City have agreed to extend Alex Hartridge’s loan until the end of the season. Alex was recalled to play in Exeter’s first team and was part of their success in beating Ipswich Town last Saturday in the Leasing.com cup. We thank Matt Taylor and Exeter City for their assistance in this move.

We have agreed a further loan with Bristol City for 19-year old Vince Harper to join us until the end of the season. Vince has spent time on loan with Gloucester City and Weston-Super-Mare this season already and will provide additional support to the squad for the busy run in. Thanks to Brian Tinnion and Bristol City for their support.

In further moves, we have agreed to extend the loans of Dan Bowry and Noah Chilvers with Cheltenham Town and Colchester United respectively, subject to paperwork being completed.

Manager Jerry Gill said, “the focus this week has been on securing these loans until the end of the season. We can now continue to work hard knowing there will be no disruption to the group of players”.