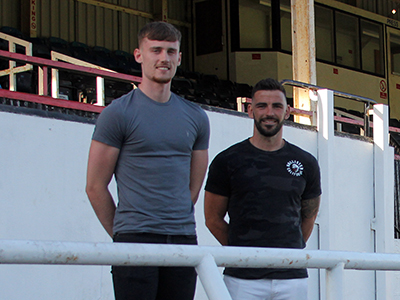 City are pleased to announce two further additions to their squad with the start of the 2018-19 pre-season campaign just ten days away.

Striker Adam Mann has signed from Evo-Stick South  side Evesham United. The 26-year old netted 24 goals in 44 games last season to help the Robins to fourth place and a play-off spot in the Division One West and has previously played for Forest Green Rovers, Gloucester City and Shortwood.

And joining from Vanarama National League South rivals Gloucester City is central defender Robbie Cundy. The 6’4 21-year old played in both matches against City last season and also faced the Romans whilst playing for Oxford City the previous campaign.

We would like to welcome them both to the club and hope they have an enjoyable and successful time at Twerton Park.