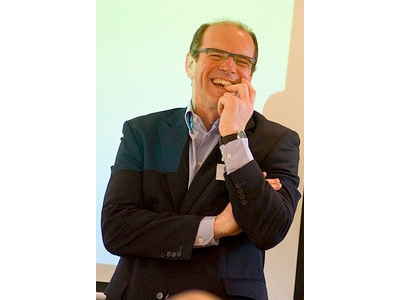 I would just like to send out a New Year’s message to everyone involved with Bath City FC as we head into another year – one which will be vital for us. So first of all, a big thank-you to the squad, the coaches, all our supporters, volunteers and our small number of staff, and I hope you all have a very happy and successful 2018.

With Gary’s sudden departure a few months ago, we were left with the need to recruit someone with the ability to take the team on, and build on what we already had. We were lucky to have a lot of strong candidates and, after a thorough interview process, were delighted when Jerry accepted the role. He has a very clear and positive view on how the game should be played, knows the Club really well, and has an extensive network of contacts across the leagues. Jim also held the fort really well, and we are very pleased they established such a good working relationship so quickly.

Change inevitably causes some disruption, but I don’t think we have suffered too much, and I’d like to thank the players again for their part in the transition. I’m sure we will see even more from them over the coming weeks and months, as new techniques and ideas bed in and pay dividends, and we hopefully push on into the play-off positions.

We also have a lot going on behind the scenes at the moment, with the single biggest project (apart from trying to regularly winning football matches!) all the work going into making the redevelopment project a long-term success. Thank you to all those that came along to the initial community engagement session held recently at the Club, there was a great response and it gave us some really useful input. For those that missed it, don’t worry, over the coming weeks and months there will be plenty of opportunity to give feedback, as the concepts and ideas turn into actual designs.  There is a long way to go on this, but we believe we have the right team in place, with a good level of experience, both within the club’s Re-Development Working Group, and also amongst the experts appointed to the project team itself. Through the early part of 2018 and into the Spring, we should have a number of public events asking for more feedback, as we consult widely on the project and designs.

Hopefully you will also have seen the Club getting more organized day to day and match to match.  The various Working Groups are contributing in many ways, and policies are being tightened up, or created, in key areas, so that we operate more professionally and consistently across the whole organisation.  It doesn’t happen overnight, and we still have much to do, but I hope you are seeing signs of positive progress.  A lot of very experienced and qualified people have come forward to volunteer their time and skills to the Club, but we could always do with more, so do watch out for roles or skills we need, either on our website or via social media.

So thank you again for all your help and support, and please keep it up through 2018 and beyond.