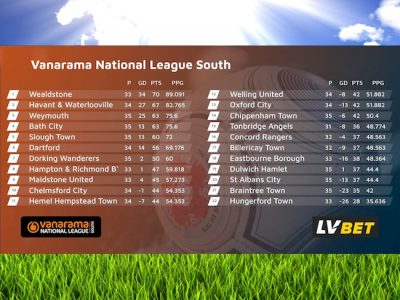 In a busy week, The Vanarama National League concluded the season on an unweighted points per game basis, leaving The Romans in fourth place, registering our highest league finish since 2012. Congratulations to Jerry, Jim and the team and thanks for all your support, backing the players all the way to the bumper gate v Weymouth and that unusual afternoon in Hungerford.

Bath City representatives later attended a virtual National League meeting on Friday afternoon, when proposed plans for the play-offs were mapped out that would see City host Dorking Wanderers on either 18th or 19th July. Details were also shared of planned testing requirements and other documentation needed for teams to resume training and play matches. We are hopeful, therefore, that this will happen, but there are quite a few details including costs to work through before the green light is finally pushed. The Club Board meets on Monday evening and will issue a further update on Tuesday.