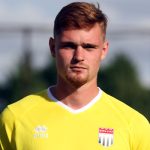 Goalkeeper Joe signed for City on a season long loan deal from Millwall in July 2022. The 21-year old came up through the youth ranks at the Lions, signing his first professional contract in 2019. He has previously had loan spells with Walton Casuals and, last season, Cray Wanderers.